The Super Bowl In Six Minutes

We’ve never been big fans of the Super Bowl, but the half time show is another matter entirely.

Even if I am not particularly interested in the performer, the logistics of putting on an event of this magnitude is fascinating.

One of the most impressive statistics for this year’s performance is that the stage is completely set on the field on only six minutes.

Something that would normally take all day in an arena or stadium is actually staged in six short minutes and removed even quicker.

As in year’s past, YouTube is hosting a time lapse video of the stage setup and it is fascinating.

You can view it by clicking here.

By the way, we are proud to say that the events broadcast video partner equips all of its trucks with gaffers tape from GoodBuyGuys.com.

Jeff Posted in batteries — No Comments ↓

One of our favorite podcasts is NPR’s Planet Money.  The most recent episode deals with new developments in battery technology and gives a glimpse into the future of how batteries will be made and how we will be using them.

I’ll admit that wireless charging is a bit mysterious, but if anybody ought to understand it, it would be one of the biggest battery makers in the world.

Duracell has been something it calls wireless charging for awhile now, which allows cell phones with a special sensing unit to be placed on an energized mat so that they can be charged without being plugged in.  The catch here is that the device being charged needs that special internal component, and most cell phones don’t have it.

Duracell’s solution-A big “wireless” charging plug that you plug into your phone so that it will work with the charging mat.

That’s right.  Instead of simply plugging your phone in to its charger (the one you got when you bought the phone) Duracell wants you to buy the charging mat AND the special plug so that you can insert the “wireless” plug into the phone instead of just charging it like you used to.

Aluminum Ion Battery-This Could Be A Game Changer Researchers at Stanford University have developed a new battery that has potential to revolutionize how we use portable devices.

Their prototype uses aluminum and graphite-safe, inexpensive and readily available-and can be recharged in only one minute.

The battery can be recharged hundreds and hundreds of times without degredation and is not prone to overheating and catching fire like lithium ion cells.

Amazingly, this battery is “bendable” which means that it can be used in wearable technology and adapted to odd shaped devices.

Amex Takes A Punch To The Gut-Twice!

We’ve accepted the American Express card for online purchase payments for years.  It is something our customers asked for and we were willing to accommodate them, but we didn’t like it.

Amex is a bully, is inconsiderate of their real customers (the merchants who accept their card), and, ultimately, more expensive for consumers than using other credit cards.

The first (and this is huge) is that, effective next year, Costco, the giant warehouse retailer, will stop accepting Amex from their members.  Amex has been the only card Costco accepted for years, and losing their business means that American Express will lose out on as as much of 8% of their annual revenue.

The stock market  spoke immediately knocking 7% off of American Express’ stock price and lowering the companies value by billions of dollars.

The chairman of American Express has said, rather optimistically, that it will take them at least two years to completely recover.

The second punch is a little less dramatic, but will mean a lot to small businesses that take the card.

For years Amex has attempted to force merchants to not be allowed to recommend that customers use a different card (Mastercard/Visa/Discover) if they wanted to continue to accept Amex.  This, in spite of the fact that use of a different card would lower the merchant’s processing fees.

Finally, a federal judge, in an antitrust suit, has ruled that it is illegal for Amex to hold this over merchants.  Judge Nicholas Garaufis has ruled against Amex (and for small business and consumers).

Look for lots of other merchants to now follow Costco’s lead.

We will certainly give it some thought.

The Electric Guitar Is Over-You Read It Here First!

I recently had a chance to attend the premier music instrument trade show in the country, NAMM (National Association of Music Merchandisers), and it was great.  It was also a glimpse into the future and you had to connect the dots to see what was happening.

There were hundreds of exhibitors on hand, and the number of manufacturers showing electric guitars was astounding.  There were dozens and dozens of brands and they all were making beautiful instruments.

Along with lots of buyers who were there to purchase for their store inventory, there were also lots of guitar players, since the show was open to the public.

What there was not was a lot of young electric guitar players.  There were almost none, and the average age of guitarists checking out instruments in the vendors booths was well over 40.

More amazing yet was the the fact that all of the endorsers (every booth was lined with huge photos of guitarists who played that manufacturers’ instruments) were well over 40 as well.

I wondered if maybe the exhibitors had booths specifically oriented towards the demographic for this show, but based on the cost of building a booth, it seems unlikely that there is another version of the booth intended for a different audience.

Wanting to test my theory regarding the demise of this iconic instrument, I did a Google search for “famous guitarists under 30” and found a list on RedBull.com. Out of the 30 on the list, I had heard of exactly one.

If the endorsers and the browsers were both well past 40, then where are the newly famous electric guitar players who are going to be needed to keep the instrument alive and well.  They certainly weren’t at NAMM.

Need A Gift Idea? Check The Bottom Of Your Mic Case

Everywhere you turn right now, regardless of the publication, you’re going to get a gift guide. The New York Times is no different, and in addition to featuring thousand dollar watches and handbags on every page, the Times also sells gift items themselves.

One item that caught my eye on yesterday’s Times gift guide was vintage microphones. Not only did this not make all tha much sense as a gift item, when I saw the prices I was knocked for a loop.

Every sound person has some mics at the bottom of their work box that haven’t seen the light of day in years. Mics that seemed like a good idea at the time, or were the best you could afford, but that never really won you over.

I’m not talking about classics like the Shure SM57 or an AKG 535. These are truly timeless microphones and are as useful today as when they were first designed.

Here are three examples of mics that the New York Times is selling as vintage gifts.

-currently available on Ebay for as little as $50.00 or best offer

(The Times calls this one the “Elvis Fat Boy”)

-currentl avalible on Ebay for as little as $26.00

-currently available on Ebay for as little as $25.00

The Times adds value by including a desk stand (similar to the one we sell for $8.95).

By the way, the New York Times gift mics are advertised as “untested“.

Switch 8 Has The Potential To Lighten The Stagehands Load 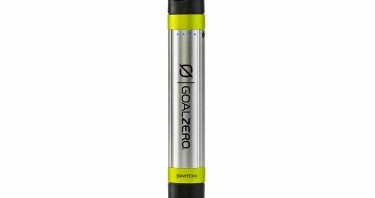 An Education in Your Mailbox

I spend several hours a day reading, and the bulk of my time is spent with technical journals. I never cease to be amazed at how willing publishers of magazines oriented towards the entertainment production and audio visual industries are to underwrite the publication of dozens of really valuable journals. How can they do this? Advertisers like Duracell and Pro Tapes pay, not you!

Maybe this model is used in other industries, but this is the only one I am familiar with. These magazines are filled with dozens of really useful articles, and, many times, the advertising is filled with good info as well.

I use these journals regularly to find new products for our catalog. Its also really great to come across articles about our customers. I even saw one of our products in a photo accompanying a story about the NFL Playoffs.

Any student or hobbyist in sound, lighting or theater tech can easily begin receiving these journals by simply making up a business name. The magazines base their ad rates on the number of subscribers, so they are happy to add you to their subscriber list. They rarely do much to insure that you are a legitimate business with a large purchasing budget.

Journals like Pro Sound News, Sound & Video Contractor , Live Sound International, Church Production, and FOH Magazine are yours for the asking. They have great columns, handy “how to” articles, and honest equipment reviews. The photo quality is first good and the editorial content, while advertiser driven, is still useful. Most of the writing is first rate.

Interested? You can sign up for regular subscriptions at any of the publication web sites in this article.

If you went through the outlawing ( and subsequent wholesale replacement) of wireless mics that operated in the 700 mHz frequency range in 2010, you probably thought your new mics were good for awhile.

Maybe not for as long as you thought.

There are lots of parts to the proposed new FCC ruling that will lead to the auctioning of the 600 mHz range of frequencies, but if you replaced your 700 mHz range mics with those that operate in the 600 mHz zone, you may be in for some surprises.

While the new rule recommends that some bands within the lower range be held for wireless mics, it will only be available for operators who have fifty or more systems.

That essentially means that all the schools, churches, college theatres, etc. that shelled out major dollars for new mics will be faced with another round of replacements.

While the new rules are not yet law and are not scheduled for implementation until 2018, major players including the big wireless mic manufacturers are lining up behind the new legislation, so it is likely that these changes are on the way.

If you are interested in more detail, there is a great article at ProSoundWeb.com .